It is generally known that driving while inebriated is illegal. However, many people continue to do so because they believe the punishment is not harsh enough. This is reasonable given how forgiving the law may be for first-time offenders, but you must always be cautious on the short and long-term repercussions of a DUI.

Here are four things that can happen to you when you get caught driving under the influence.

Sent to the nearest police station

Like with any other crime committed, you will be immediately brought to a police station or jail. They will get your fingerprints and have your mugshots taken. They might allow you to post bail, so if you luckily get someone to pay for it, you can be released as soon as possible. However, there are instances that you might need help from a lawyer. If that charge was your first DUI offense, then you need to hire first DUI attorneys to defend your side of the story whenever you get a ticket or summons stating that you must attend a DUI hearing.

Some states are strict with DUI offenses, so your driver’s license can easily get suspended. Especially when you say no to a field sobriety test, blood test, or breathalyzer, there is a huge chance that they will suspend your license. Suspending your license will also be a part of the sentence if you are found guilty of a DUI offense.

You will pay hefty fines

DUI offenses come with fines that are very far from being affordable. It might not be the same from different states, but it is never cheap. Even if it is just your first time committing a DUI offense, you may have fines up to $1800, depending on the state. So if driving under the influence ever crosses your mind, think about your wallet and bank account first.

You might think that the worst punishment they can give to a first-time offender is paying fines or probation, but you are wrong. All terms for first-time DUI offenders are mandatory in many states, so you can easily spend more than a night in prison. First time DUI offenses are classified as a misdemeanor in all states, so that means a conviction can lead up to six months. This can also increase depending on the circumstances. They can also decrease your jail term and have you stuck on probation or do community service. Nevertheless, you will still have this criminal offense in your records.

Driving under the influence is never a good idea. Aside from it can lead you to accidents and even death; you might end up killing someone or destroying someone else’s property. To avoid bad consequences, never try to drink and drive. If you ever find yourself with even just a bit of alcohol in the system, call someone you know to drive you home. But if you cannot prevent it from happening, just make sure that you have the best DUI attorney on your side. 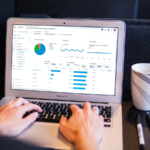 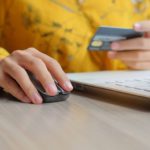