Aviation law is one of the most complex areas of litigation. By their very nature, complaints against airlines are typically made by multiple parties who reside in different parts of the world.

Compensation for the families of airline crash victims can be a long and frustrating path with no resolution when pursuing leading airlines. Third-party businesses in the aviation sector, therefore, tend to be used as a scapegoat.

Litigation claims brought against aviation companies requires a specialist legal team with the expertise of handling aviation cases. Proving negligence, liability and filing for a favourable jurisdiction is not a job for an unprepared litigation team.

What is Foreign Sovereign Immunities Act?

Whenever there is a claim against an airline, there are legal barriers to navigate even before the case gets to court.

A common trend in aviation litigation is obtaining jurisdiction over foreign governments. Airlines will naturally want to be trialed on home soil where they are familiar with Tort laws, and in most cases protected by federal law.

For example, the Federal Aviation Administration (FAA) is registered as a government agency in the U.S. and regulates all aspects of civil aviation. In many cases, aviation claims cannot be brought against the FAA even if an aircraft they have certified as safe subsequently suffers a mechanical failure.

Under Tort law, the choice of jurisdiction is determined in the country where the “wrong” occurred. In aviation claims, the question of “where” is no that straightforward.

Litigation lawyers can all argue that jurisdiction should be where the injury occurred, or where the wrongdoing occurred. This may be the country in which the aircraft originally left from or where the delay occurred.

Traditional Tort law provides the precedent that jurisdiction should be where the wrongdoing occurred but historically, courts have been inconsistent in aviation claims – especially in the event of a plane crash that has been deemed an unfortunate incident.

Impracticalities can arise where facts that are closely connected but not consistent have to be brought in different courts. This is particularly relevant when assessing compensation for multiple parties under the Montreal Convention.

The ability to act on behalf of plaintiffs in aviation claims can often be hampered by liberal discovery rules, the availability of strict liability regulations and jurisdictions with unsympathetic judges.

There is also a question of how much compensation a plaintiff is entitled to as compensation. Developed countries with stronger currencies and higher standards of living award damages that are more beneficial and satisfactory to plaintiffs.

When facing high-stakes litigation, recognized businesses in the aviation sector have lawyers with the knowledge and experience to find creative solutions.

Third-party aviation companies also need to be well represented. When plaintiffs can’t sue out-of-reach airlines that are protected as government agencies, aviation lawyers find another line of enquiry to pursue. 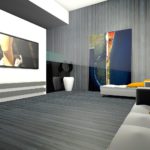