At least forty percent of forgery cases were reported just due to fake invoices mistreating people’s bank balances! From here, someone can easily understand the need for a protective shield meant to deny forgers’ access. VAT fraud is not hidden anymore, and the people behind it are well aware of all the back doors. So, in that case, the need for the hour is to educate yourself to the next level and not keep tax things to tax people and accountants.

Just like a secret laser lock is established around a safe containing ancient and antique jewelry or diamonds, the same invisible network of laser detectors should be made around your VAT invoices. No one can even dare to cross that laser and manipulate it with your VAT invoices.

False Claims for Credit and Refund

Smuggling and transferring products illegally can be the primary cause of someone in jail whose confidential information has been used. So, keep your details up to you only and try to check the transactions and other applications timely. Converting VAT into export tax can be the fundamental cause of smuggling, and at the same time, it presents a colossal challenge to the tax protectors about their security systems. Such frauds are based on non-existent commodities or genuinely existing commodities but molding them through diversion fraud.

Such a process can easily be handled through paperwork that claims the goods to be transferred as an export. Export tax is an easy path because of the universal zero-rating rule. That’s why the VAT process is vulnerable to the attack because no one wants to pay VAT but find a way to convert their tax percentage into big zero!

Fraud and other forgery plans do not disturb the person in general only, but the government is unknowingly paying the people on evasion. That’s who the system of any country sinks when the money does not flow in the proper way that it was supposed to be. For this reason, the VAT refunding procedure is quite tricky. Every transaction and claim is cross-checked before making someone eligible for the VAT claims.

Because it follows a simple rule, you cannot claim something that you don’t owe. Scammers and forgers are sometimes more competent than the actual detection system, and that’s how they damage a country economically by misbalancing the cash flow.

“Scammers and forgers are sometimes more competent than the actual detection system, and that’s how they damage a country economically by misbalancing the cash flow.”

Credit Claimed for VAT on Purchases That Are Not Creditable

All we have discussed so far were false claims for credit and refund. Now let us put some light on another perspective that widens ways for VAT scammers, and that is basically credit claimed for VAT on purchases that are not creditable. It is based on two significant points.

A certain VAT amount can be claimed back whenever an asset is purchased for the business, allowing the company to progress further. But some people remold the situation in their favor by wrongly claiming the items. For instance, a man purchases an apartment he claims to be used as his office but tarts sleeping over there and using it just like a rented place. But at the time to claim VAT, he does not follow the fifty-fifty percent procedure and claim all twenty-four hours for a month to be used for his business. Such situations create a lot of problems, and people gain the advantage of this.

Phony networks are also a significant and distinct cause of VAT fraud. This system expands like a network throughout the region where many groups work against the law for their benefit. As we all know that VAT invoices, refunds and claims are made through professional procedures.

So, if someone not loyal to his job is the person who is investigating and cross-checking the invoices, that is when the forgers and scammers can easily create a hole in the government’s pocket. When cats are away, it’s the mice and rats that play, so it would not be wrong to say when law people are sleeping, fraudsters will easily steal the money.

“If someone not loyal to his job is the person who is investigating and cross-checking the invoices, that is when the forgers and scammers can easily create a hole in the government’s pocket.”

It’s not the job of one person to keep an eye on the proper working; in fact, it’s the job of each person connected in a chain to keep his work up to the mark only then we shall be able to eliminate such cases from the country where people look after and grow snakes. The bogus traders might also force you or deceive you into paying tax again once you have paid in due time. That’s how the invoice mills work, just by slight deviation and law enforcement.

Looking onto the vast network of evil people designing a perfect plan by impregnating the laws is the most effective solution. The need of the hour is an ideal and accurate VAT design that will nip the evil bud and help the region bloom and grow. Not only designing a perfect plan is essential but implementing it at each step is the key. It will act as a beacon house in the dark, guiding many law people and warning the forgers. 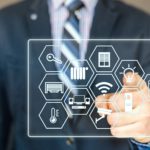 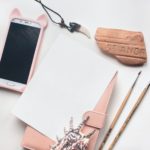