There’s no denying that renewable energy is all the rage right now, namely solar energy. With climate change becoming a central talking point over the years, homes and businesses are now tapping into these sources to lessen their dependence on conventional ones. It’s not that hard to see why: it’s free, never runs out, and doesn’t harm the Earth as much.

Given these benefits, it’s no wonder there’s an initiative to go fully renewable, especially among corporate leaders. They believe that going fully renewable will be achievable in several decades at the current rate of innovation and cost drop. Solar is arguably the most extensive, with energy systems that harness it already in use in houses and offices.

All this begs the question: can a building run on solar energy alone? At its current state, does it make sense for, say, an office to just rely on its panels for its energy needs? The answer isn’t as straightforward as solar energy’s promising potential might have you believe.

Table of Contents show
Consumption in the Office
How Many Panels?
The Bigger Picture
Conclusion

Consumption in the Office

To determine whether solar power alone will be enough, it’s important first to know how much energy a typical office uses. While the exact amount depends on a slew of factors, like working hours and appliances in use, experts estimate the annual ballpark figure at:

Allocation differs between the two. While both offices allot a significant amount of energy into ventilation, small and midsize offices prioritize computing power next, whereas large offices do so in cooling. In both cases, energy accounts for around 19% of overall expenditures.

For the purposes of this article, imagine you’re a medium-sized business owner with a 25,000 sq. ft. office in downtown Miami. In this case, its annual consumption comes down to 375,000 kWh or 128 kWh a day (accounting for an eight-hour workday). This daily consumption is just one of three figures necessary to determine the number of panels the office needs.

The other two figures are the number of hours of sunlight a day and the AC/DC conversion rate. Naturally, solar power Miami offices use needs the sun to be shining for the panels to harvest and convert it to electricity. Fortunately, it’s sunny for most of the year in this part of Florida, with around eight hours of sunlight a day.

Dividing daily consumption by the number of hours of sunlight a day, a commercial solar energy system needs to generate 16 kW to fully power this office. With an ideal conversion rate of 80% (AC/DC conversion isn’t perfect), the actual kWh required comes down to 20 kW. Assuming the average panel outputs 250 watts, the office will need around 80 solar panels.

Commercial solar panels are relatively large, measuring 5.41 ft. long and 3.25 ft. wide, though they’re more efficient. If this office needs 80 panels, it’ll need to allocate a minimum space of 1,407 sq. ft. to accommodate them. To put that into perspective, the median area of an American single-family home is 200 sq. ft. more.

Crunching the numbers may look somewhat easy, but keep in mind that these figures have only accounted for average use. Achieving average energy consumption is doable but doesn’t happen too often because the required conditions don’t always happen.

Take the weather, for example; Miami may be sunny most of the time, but it also has its share of overcast and rains. Solar panels can still collect energy under cloud cover, but only between 10% and 25% of what they collect on sunny days. Their efficiency also goes down as much when the temperature goes above 77o F.

For energy-intensive businesses, like data centers, calculating and optimizing consumption is a must. Going fully solar will definitely help drive overhead costs down, but it’s not financially viable at the moment. It pays to understand that reducing dependence on mains by a set figure, perhaps 50%, is a more achievable goal.

However, this doesn’t mean that a 100% solar office is meaningless. Businesses should take baby steps in optimizing their energy consumption, striking a balance between electrical mains and a self-sustaining system.

So, can an office entirely run on solar power? Given the current technology, it’s still many ways away. Businesses will continue to operate hybrid energy systems, both hooked to the main grid and their on-premises energy system. But make no mistake: 100% solar will definitely come in a matter of years. 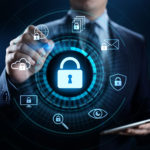 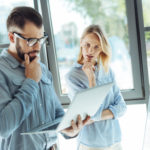 Table of Contents show
Consumption in the Office
How Many Panels?
The Bigger Picture
Conclusion